How Can e-hallpass Help You With Social Distancing?

Worried About Social Distancing for the Upcoming School Year? How will you comply? How will you keep students and staff safe? Worried about crowded hallways, bathrooms, and classrooms? What about germy hall pass objects, shared devices, and increased burdens on already-stretched staff members? Learn about 9 features of e-hallpass (such as contact-less hall pass management, […] 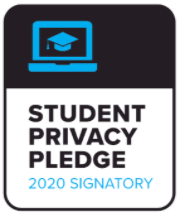