The Vaping Epidemic in Schools, from The Bobcat Network 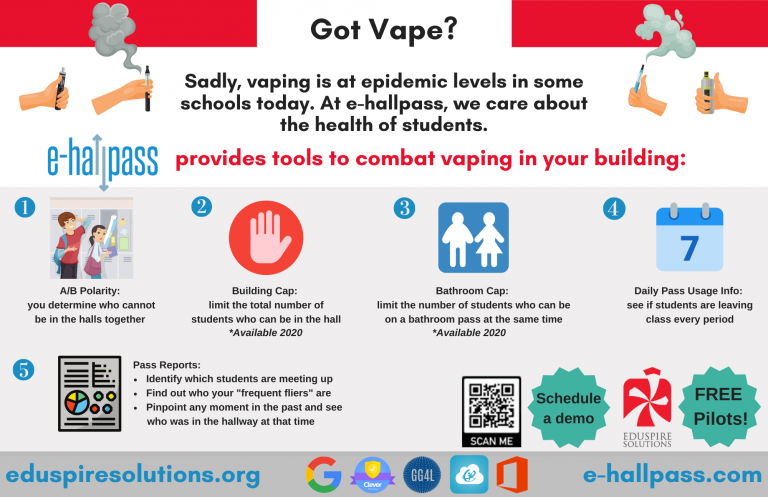 E-hallpass, by Eduspire Solutions, is again making headlines. Used by schools all over the country, e-hallpass is not only the ultimate hall pass solution but also a tool to combat the vaping epidemic in schools. The below article originally appeared on the Basehor-Linwood High School’s news website, blhsnews.com, and mentions e-hallpass as a vehicle for […]

Reduce In-School Absenteeism in 2020 with E-Hallpass

Absenteeism Remains a Problem All the EdTech resources in the world can’t improve schools if students aren’t in their seats for the experience. Yes, it’s nearly 2020, and absenteesim is still a widespread problem. EdTech Magazine tells us that “As many as 8 million students were chronically absent from school during the 2015–2016 school year, […]